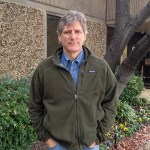 Mark Thomas founded Richardson Fire Equipment in 1988 and continues to manage the day-to-day operations of the company. Having worked in the fire protection services industry for over 30 years, he brings a wealth of experience to every project he oversees.

Mark and his wife, Kathy, are active in their church and for many years have participated in various prison ministries. They strive to operate Richardson Fire Equipment according to biblical principles and in a way that glorifies God.

Mark and Kathy have two grown children and four grandchildren. 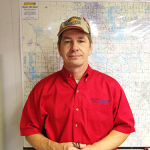 Rick is a veteran of the United States Marine Corp Reserves. His many interests include teaching Sunday School and participating in the youth ministry at his church.

Rick and his wife have 8 children. 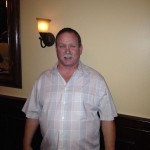 Robert Jacubowski joined Richardson Fire Equipment in 1999. As Senior Fire Systems Technician, he maintains a full schedule of installing and servicing restaurant and paint booth fire suppression systems throughout North Texas. Robert is also licensed by the State of Texas as an Alarm Systems Technician.

In addition to serving our customers every day, Robert has helped to train numerous technicians during his years with Richardson Fire Equipment.

Robert and his wife are active in their church, where he serves as an elder. 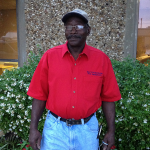 Mannie Jefferson has been with Richardson Fire Equipment since 2005 where he serves as Shop Manager and Alarm Systems Technician.

He brings a tireless enthusiasm and a sincere focus on customer service to every job he undertakes. On many days, you might even hear him singing.

Mannie and his wife are newlyweds. Together they serve in several church ministries. 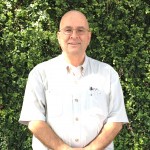 Daron has been with Richardson Fire Equipment since 2001. While wearing many hats, he interacts extensively with our call-in and walk-in customers. If you’ve ever called our office, chances are you’ve spoken with Daron.

As Office Manager, he maintains our inventory and oversees accounts payable. He is also a licensed fire extinguisher technician. 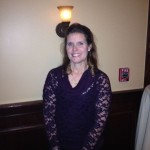 As a co-founder of the company, Kathy has been with Richardson Fire Equipment since 1988.

Kathy oversees the accounting and financial management of the business, with an emphasis in accounts receivable, payroll, and tax issues.

In addition to her many office responsibilities, Kathy is an active volunteer in numerous civic, community and church activities.

Richardson Fire Equipment is a licensed fire equipment dealer in the State of Texas.
While we serve the entire state, our primary focus is the North Texas area, including Dallas, Fort Worth, Arlington, and all surrounding cities and towns.
Our service area is very broad. So if you have a question, please call us at (972) 699-3473.